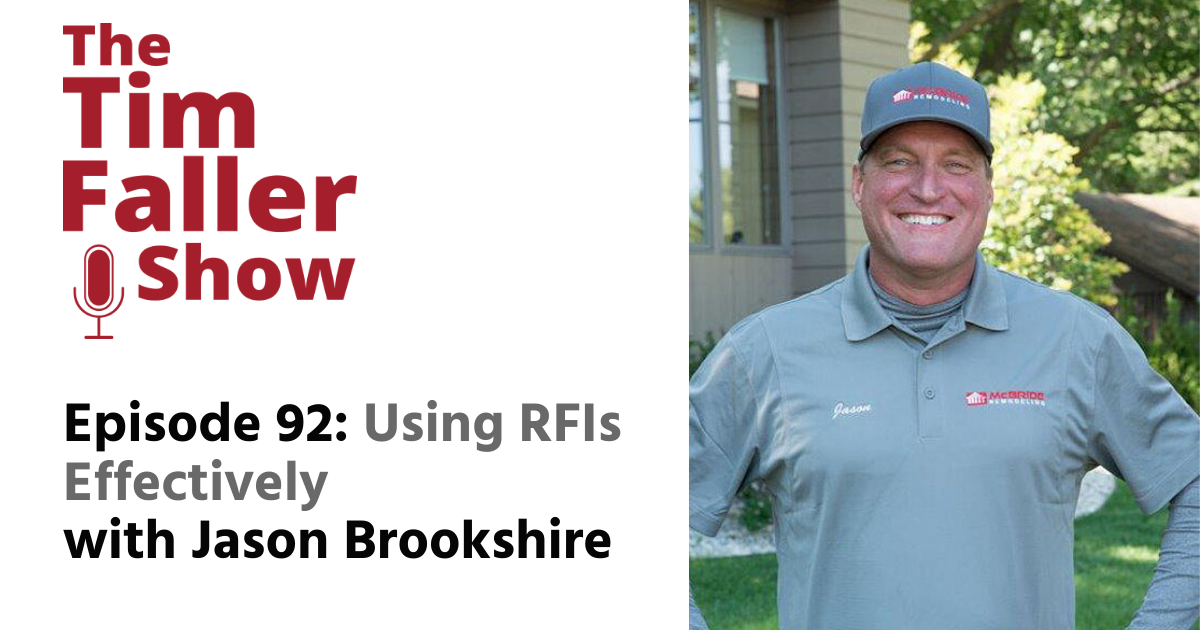 We’ve discussed adapting commercial construction systems and applications for use in the residential world. Implementing them is often met with resistance — but there are definitely processes that work well and add value.

Requests for Information are standard in the commercial construction world, but aren’t widely used in residential remodeling.

In this episode, Jason Brookshire talks to Tim and Steve about why he finds RFIs to be important to his work in residential remodeling, and how to implement your own system.

Jason has been the production manager at McBride Remodeling in Petoskey, MI, for more than four years. He has more than 15 years of experience as a commercial development superintendent in markets around the country.

In his work in commercial construction, Jason used written RFIs when clarification was needed in the scope of work from architects, owners, or other parties. At McBride, RFIs are used by lead carpenters and those in the office, creating better information flow. It cuts down on phone calls and clarifies communication. RFIs go through their cloud-based project management system. Jason talks about the advantages of using RFIs, including:

The accountability and speed built in to the process are vital to growing companies, to streamline jobs and protect profits. If you’ve got questions about implementing RFIs in your company, Jason says you can get in touch with him at Jason@mcbrideremodeling.com.