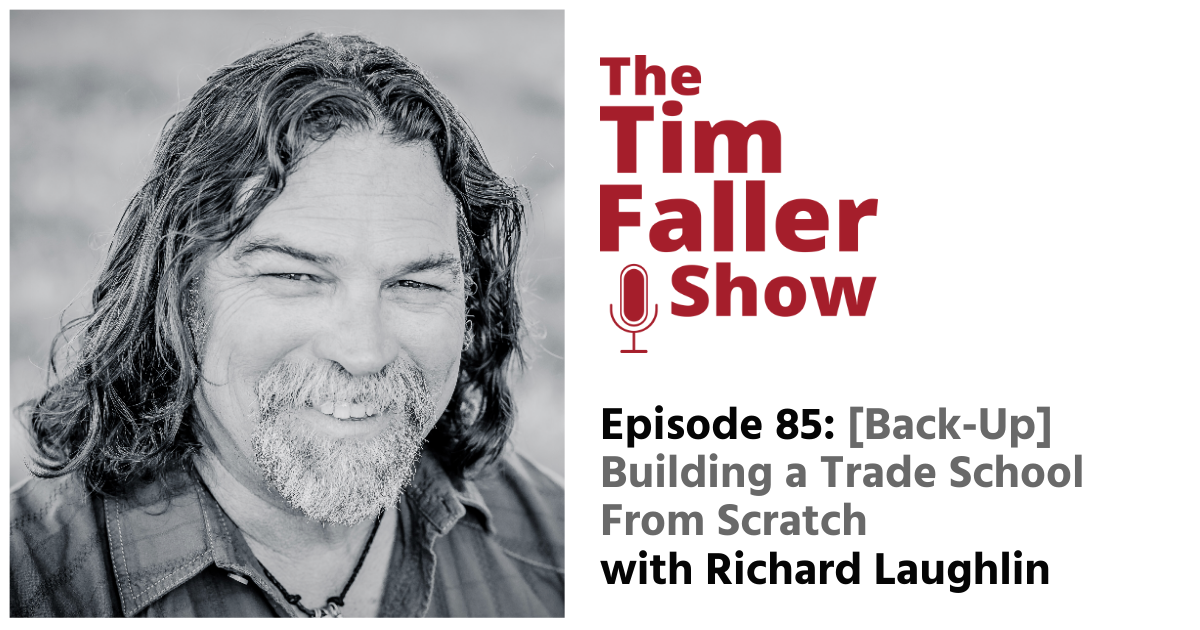 We’re looking back at some of our most powerful episodes as we end the year. This episode takes a positive and proactive look at solving the skills gap in the remodeling industry.

Richard Laughlin is taking a grass-roots approach in his small Texas town, with a trade-school program that’s beginning to spread across the state.

In this episode, Richard talks about re-starting that local trades program with Tim and Steve, and what it does for the students and employers.

Richard Laughlin is the owner of Laughlin Homes & Restoration in Fredericksburg, TX, and is the 2019 recipient of The Fred Case Remodeling Entrepreneur of the Year Award. He grew up in large-scale commercial construction with his dad and grandfather, who were general contractors. He attended Fredericksburg Trades school from 1975-78, and won statewide awards in carpentry skills as a sophomore in 1976 and cabinetry in 1977 with a custom built-pool table. He started his own design build custom home business in 1984. LHR has been recognized with dozens of state and national Awards. Richard filmed several episodes of Junk Gypsy on HGTV and was on Extreme Makeover.

Richard has great memories of his own trade education, but the program was later downgraded in favor of a more college-prep focus. Kids were no longer getting the kind of time and attention necessary to get construction skills. About four years ago, Richard stepped into the breach, and he appealed to his state representative to get legislation passed that would create an opportunity for skills-based education again. Richard and other builders in his area pulled together to create a trade program that gives students hands-on experience building a custom home over the school year. He talks about how the program got off the ground, and how you can do something similar, including:

Restarting the trades program has been very rewarding, he says, and spreading it nationwide is the goal. Read more about it on Richard’s website, or on the Casa Uber Alles Facebook page.