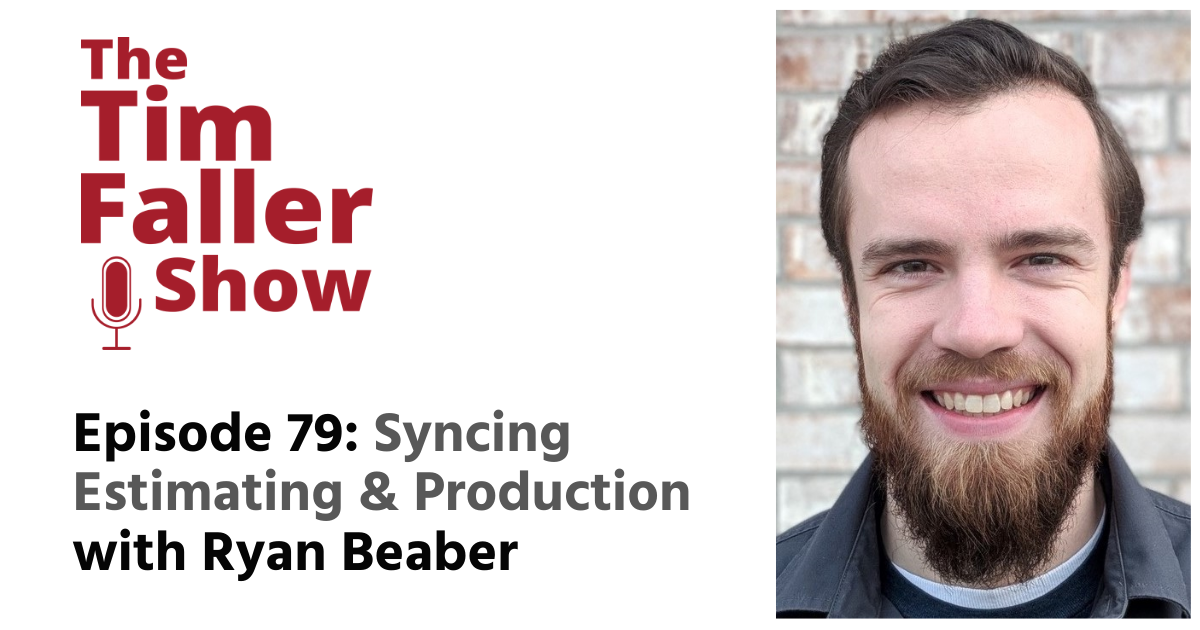 It’s a common challenge Tim finds in his consulting work with remodelers — how difficult it is to accurately estimate your remodeling company’s own work, to bring jobs in on time and budget. The difference can cause friction between estimators and those in the field, and cost you money.

In this episode, Ryan Beaber talks to Tim and Steve about his experience as an estimator, and why communication between the estimator and production managers is the key to accurate forecasting. This year, his company is coming in one percent under budget on their jobs.

Ryan is an estimator with Forward Design Build Remodel in Ann Arbor, MI. Ryan joined the team in 2015 as a carpenter, and in January 2019 moved into the office to take over the estimating responsibilities. Forward Design Build Remodel has had year-over-year growth for several years, consistently out-pacing industry averages in customer satisfaction, and receiving peer recognition such as the 2018 ProRemodeler Gold Design Award, the 2018 NARI CotY Regional Award for residential interior, and the 2019 Fred Case Remodeling Entrepreneur of the Year runner up.

Ryan says experience in the field helped his transition to becoming the estimator. He understands how the field team works and knows the subcontractors, which helps him keep communications open, accurate and efficient. Ryan talks about how he and the field staff make this happen, including:

Ryan says both estimating and production want the company to be successful — use that to get everyone on the same page, and pulling in the same direction.

The Suggestion Box is Open

This episode was once again the result of a listener’s suggestion. If you have an idea for a topic or guest, drop Tim a line at tim@remodelersadvantage.com.