Ep.72: The Labor Shortage from a Small-Town Perspective with Wally Staples 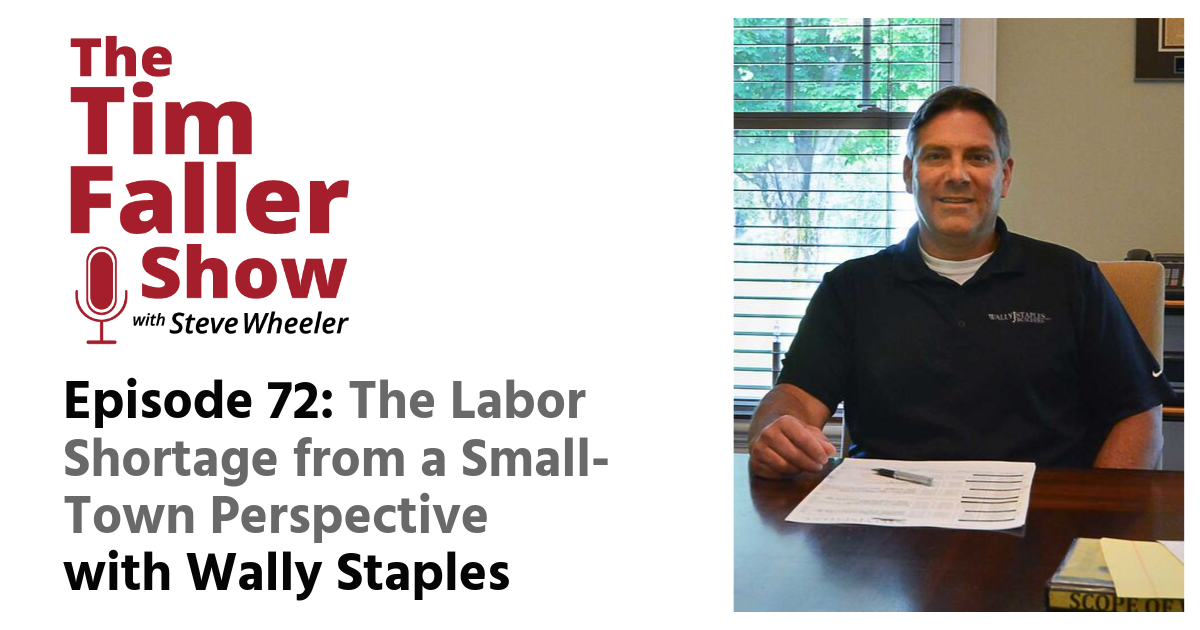 While driving through Maine earlier this year, Tim started wondering how a client of his there deals with the labor shortage in his small town. So he called and asked, and found out that while there are different challenges, what he does to attract and retain his people can be done in any size labor market.

In this episode, Wally J. Staples talks to Tim and Steve about how his company combats the labor crisis outside of the major metropolitan areas, where there just aren’t as many people to choose from.

Wally is the owner and president of Wally J Staples Builders Inc., of Brunswick, ME, founded the company in 1993 when he was in his early 20s. A carpenter by trade, Wally worked in the field building new homes and completing renovations until 2001, when he hired his first lead carpenter, who’s still with WJSB today. This allowed Wally to work on growing the company, and now they have five full-time, in-house carpentry crews, and have completed more than 3,500 projects.

Brunswick has a population of about 20,000, and is somewhat of a retirement community. It’s located between two major employers —  L.L. Bean and s big shipbuilder. There’s also a strong sense of independence — many carpenters and tradespeople would rather work for themselves. Wally talks about the things you need to do to attract and keep good people in a smaller market, including:

Including the company party featuring a contortionist. Wally’s tips and tactics aren’t limited to succeeding in a small market — his insights can help any company, in any market.