Ep.118: What Makes a Good Boss with Aaron Enfinger and Les Anderson 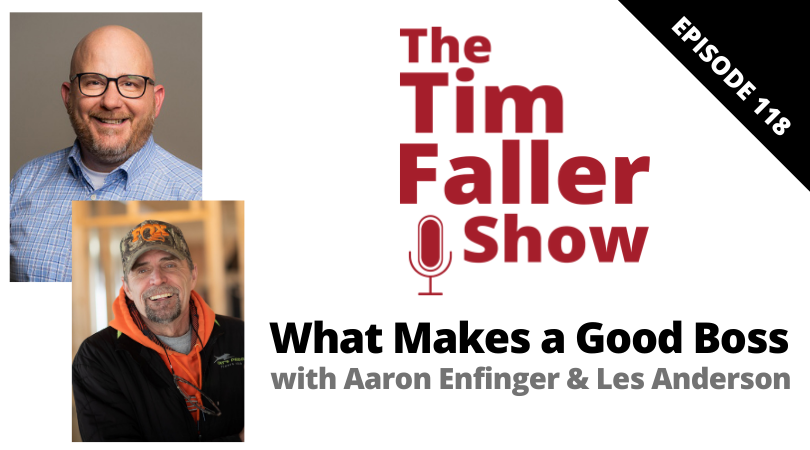 In this episode, we take a look at what it takes to be a good boss from an employee’s perspective, but also from the supervisor side as well, as both of our guests have risen through the ranks to become leaders of their respective businesses.

Our first guest, Aaron Enfinger, came up through the ranks and is now General Manager of the company he works for. And our second guest, Les Anderson, has been with his boss for almost as long as the company has been in business, in a market where there are many great remodeling companies.

Les is a Field Supervisor Sylvestre Remodeling & Design. Les has over 42 years of construction experience, including 36 years in residential remodeling. He has been with Sylvestre for over 34 years, and a field supervisor for twenty years.